A terrorist attack on «Park Palace Hotel» in Kabul

Party was going on at hotel to honour a Canadian, U.S. witness tells AP 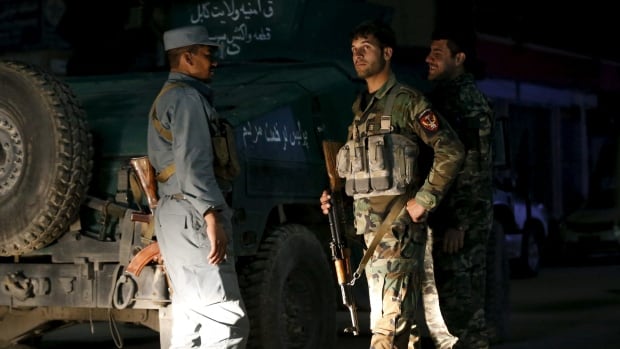 Afghan security forces arrive at the site of an attack in Kabul. Gunmen stormed a building in an upmarket area of the Afghan capital on Wednesday night. (Omar Sobhani/Reuters )

Police say the hours-long siege at a guesthouse in the Afghan capital has ended with five people dead, six wounded and 54 hostages rescued.

He did not provide the nationalities of the victims or any other details. The U.S. Embassy in Kabul said one American was killed in the attack.

At least two Indian nationals were also killed and three who had lived at the guest house were rescued and sheltering at the India Embassy, a diplomat told Reuters.

No one immediately claimed responsibility for the attack. 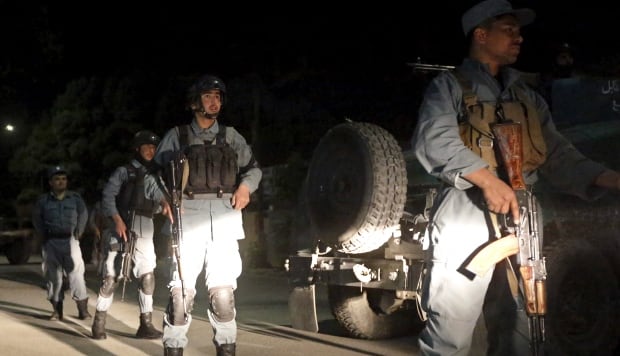 Afghan security forces arrive at the site of an attack in Kabul. Gunmen stormed a building in an upmarket area of the Afghan capital Kabul on Wednesday night. (Omar Sobhani/Reuters)

Amin Habi, a U.S. citizen from Los Angeles, told The Associated Press that a party was going on to honour a Canadian when the gunmen stormed the guest house.

Caitlin Workman, a spokeswoman for the Foreign Affairs Department, said Canada was aware of reports of “a shooting and hostage taking at Kabul’s Park Palace Hotel.”

“Consular officers in Kabul and in Ottawa remain in contact with local authorities to get more information,” Workman said by email. “All staff at the Canadian Embassy in Kabul are safe and accounted for.”

Kolola Pushta is home to several international guest houses and hotels and is near both the Ministry of Interior and the Indian Embassy. India’s ambassador to Afghanistan tweeted that all Indian nationals were reported safe. 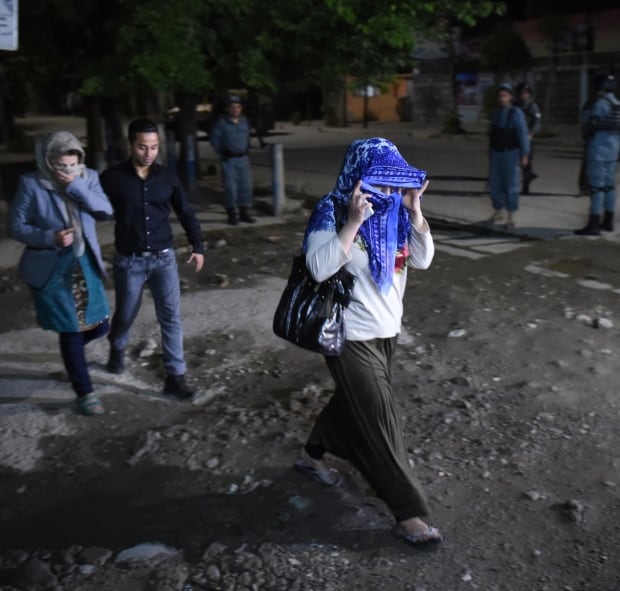 Police freed around 20 people from the hotel, but others are believed to still be trapped inside, officials said. (Shah Marai/AFP/Getty Images)

The Ulemma Council, the highest religious authority in a deeply conservative country, had repeatedly announced its support for security forces fighting the hardline Islamist Taliban insurgents.

The Taliban have stepped up attacks since they announced their “spring offensive” last month, after most foreign forces pulled out at the end of last year, and claimed responsibility for the Helmand assault.

Ousted from power in 2001, the Taliban have been fighting to bring down the U.S.-backed government in Kabul.