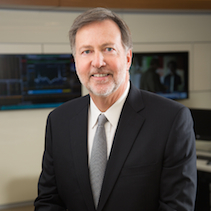 The company was founded in 1976, as Lomak Petroleum, based in Hartville, Ohio and drilled wells in eastern part of it and in 1992, the company moved its headquarters to Fort Worth, Texas.

In 1999, the company formed a 50-50 joint venture with FirstEnergy called Great Lakes Energy Partners LLC to own properties in the Ahhalachian Basin. In 2004, the company bought the 50% interest in the venture that it did not own for $290 million, including the assumption of debt.

Before its major expansion into the Marcellus Shale, the company only held a small position in the Texas Barnet Shale  and 9,000 “worn-out gas wells across the Appalachian basin that had been producing for 25 years”. However, geologist William Zagorski, who worked for the company, used the knowledge of  hydraulic fracturing,  gained working in the Barnett Shale (pioneered in the region by   Mitchel Energy and Development) to attempt hydraulic fracturing in  Appalachia, where according to Ventura, “it worked on the first try”.